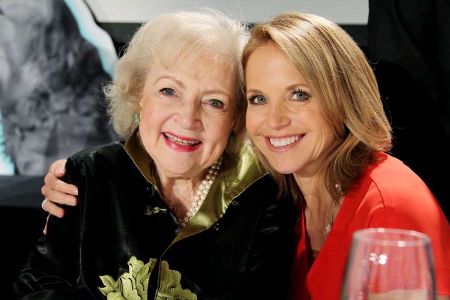 “Larry King’s been married 8 times but with his wife Shawn, he finally got it right. Not only is she sweet and pretty but she’s also a compatible donor.”

“Betty White’s so old, her first sitcom was called Hot for Grover Cleveland.”

“Betty’s still quite active but her sex life is a thing of the past. I don’t want to say her vagina is dry but there are still Jews wandering in it.” 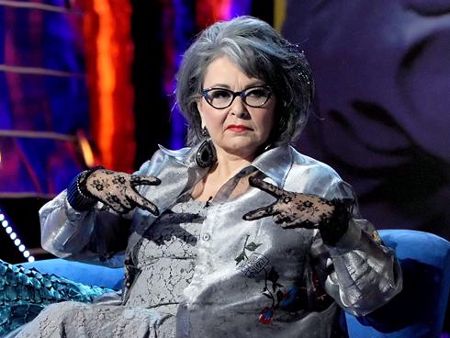 The Comedy Central Roast of Roseanne

“Carrie Fisher is here. My God, what the hell happened to you, Carrie? You went from the A-list to the liver transplant waiting list.”

“Good to see Wayne Brady on the dais. Wayne is so white Carrie Fisher tried to snort him backstage.”

“Roseanne has announced that she’s running for President. Good news, Roseanne – you have Wayne Brady’s support and he’s not black enough to have his vote suppressed.”

“Give it up for your Roastmaster Jane Lynch, folks. I love Jane’s work on Glee — a show so gay it makes Project Runway look like Ice Road Truckers.”

“I was also a big fan of Roseanne’s sitcom, although she had a reputation of being a tough boss. Trust me, that show went through writers like Jane Lynch goes through “D” batteries.” 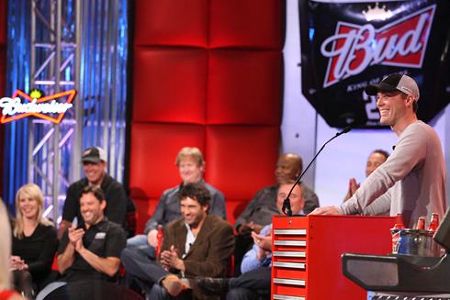 The ESPN/Budweiser Roast of Kevin Harvick

“Wow, look at this place. 300 Nascar fans in tuxedos. It’s like the Redneck Oscars.”

“Racing legend Ron Hornady is here. I don’t wanna say Ron is getting up there in years but he keeps driving around the track with his left blinker on.”

“Tony Stewart is here. Wow, Tony looks like he’s put on a few pounds. On the plus side, he can fit twice the number of sponsors on his racing suit.” 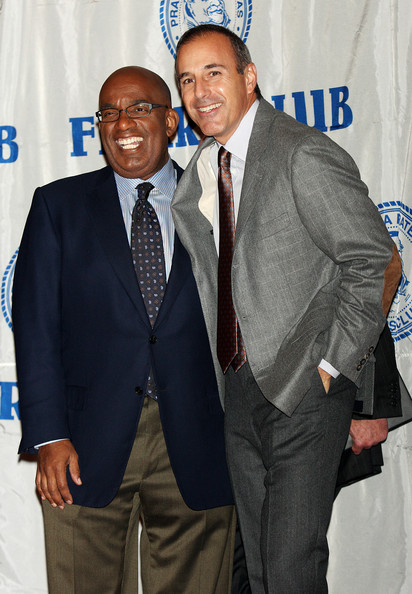 “We’re all here for you today, Matt. Well…some of us aren’t “all here,” if you know what I mean. I just passed Larry King’s table and he told me he’s having lunch with Lyndon Johnson tomorrow.”

“Katie Couric is here. I love ya, kid. Much has been said about Katie’s struggles at CBS News and I won’t pile on, except to say that her ratings are lower than John McCain’s balls.”

“Gilbert Gottfried told me he watches that show all the time…just to make sure he isn’t on it.” 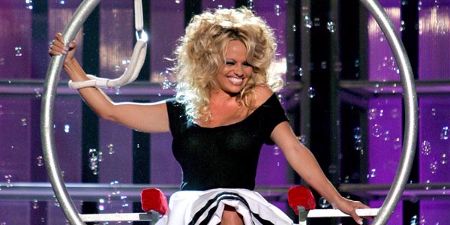 “I’m truly honored to be here. Oh, who am I bullshitting? I need this gig like Pam Anderson needs a Wonderbra.”

“Did anyone see Tommy Lee’s fine work in Pam’s sex tape? Wow. Now I know why his last name spelled backwards is “Eel.”

“Pay no attention to Lisa Lampanelli’s jokes about your Playboy centerfold, Pam. She’s just jealous because the closest she ever came to being a centerfold was having her stomach stapled.”

“By the way, Pam, your boyfriend Kid Rock wanted to be here, but he got stuck in a hooker. But don’t worry, they’re bringing in the ‘Jaws of Life’. With any luck, he’ll be here just in time to hear Adam Carolla bomb.” 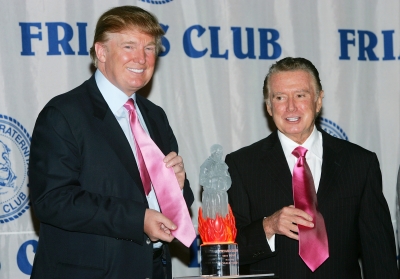 “Donald’s new bride Melania wanted to be here tonight, but she had Band Camp.”

“Donald just announced that he’s going to be a father again at 59. And here’s a sentimental touch – he’s going to use the same cradle he stole his wife from.”

“Personally, I’ve never been to one of Donald’s casinos. My idea of ‘gambling’ is having unprotected sex with Omarosa.”

“Now let’s turn to another chapter in Donald’s life — Chapter 11.”