Mad Magazine
As a kid who anxiously waited for the new issue of MAD to hit newsstands, the excitement of seeing one of my pieces published for the first time (back in ’92) is still fresh in my mind. Equally exciting was the chance to collaborate with legendary MAD illustrators like George Woodbridge and Paul Coker, Jr. 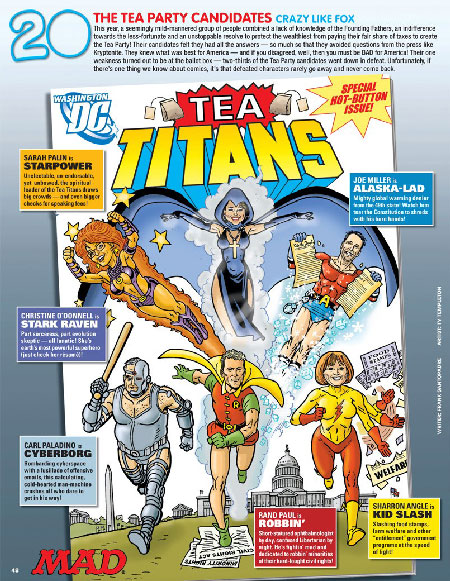 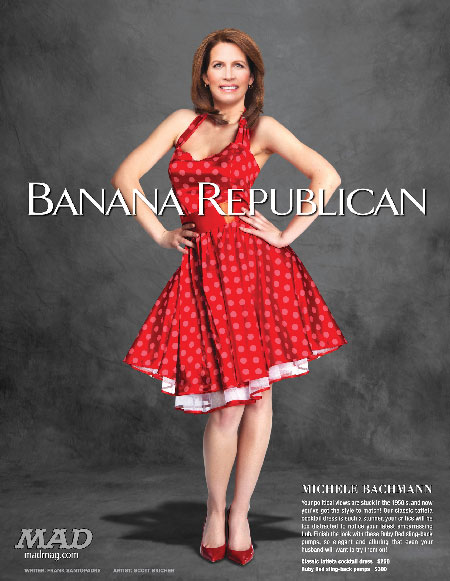 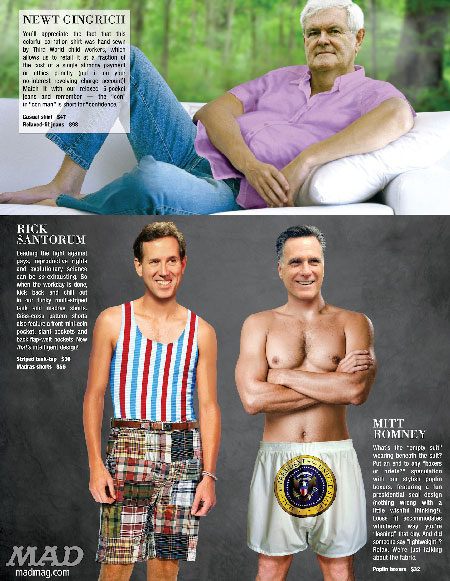 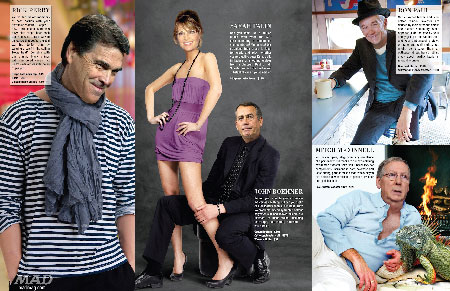 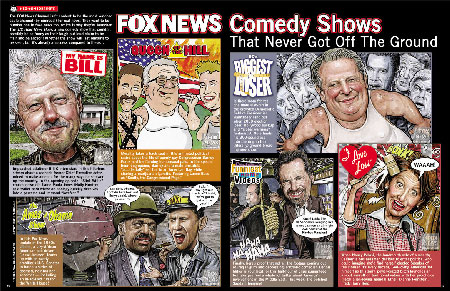 July 2007
My response to Fox News’ ill-fated attempt to break into the comedy business. Ably assisted (again) by one of my favorite satirists, Drew Friedman. 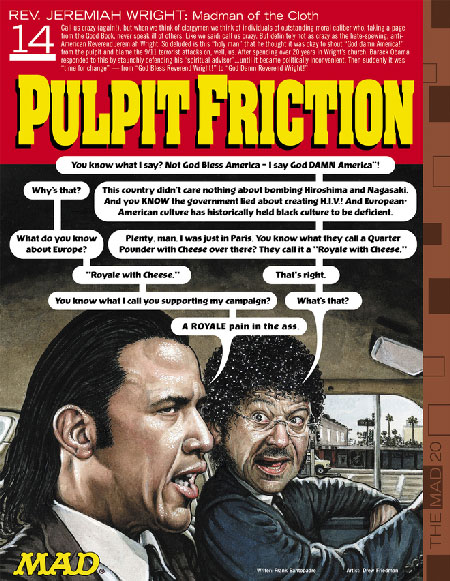 
An odd little mash-up of politics and pop culture, brought to life by the insanely talented Drew Friedman. 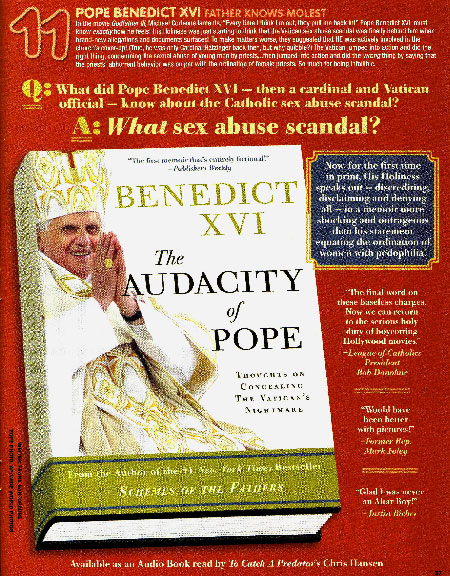 Audacity of the Pope

February 2011
Taking a few well-deserved shots at the Vatican, perhaps made somewhat ironic by the fact that my last name actually translates as “Holy Father.” 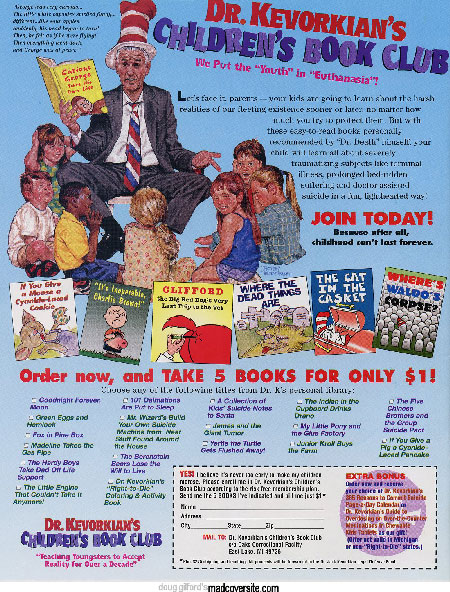 October 1999
Sometimes a funny idea begins with the simplest thought, in this case a “Dr. Kevorkian-Dr. Seuss” word connection. The “we put the youth in Euthanasia” was another happy discovery. This piece was also notable for generating my first-ever piece of hate mail (I was so proud). Co-written by Michael Patrick Dobkins. Illustrated by Robert Tanenbaum.